Claudio Curciotti, originally from Rome, is a multimedia artist, whose expertise ranges from sound design and engineering to electronic music and video art.

He graduated from the department of technique of radio and television in the University of Rome (Roma 3), focusing on electronic music and music videos, with a final monographic work about Chris Cunningham, under the mentorship of professor Carlo Freccero, well-known director and advisor for Italian and French television.

After his studies he moved to Barcelona, where he acquired years of experience in music studio alongside with further training courses in electronic music, advertising and communication. In addition, he was an editor-in-chief of a monographic magazine about art and creativity (Mom bookazine).

Between 2013 and 2015 he worked as a sound technician and music composer in a filming crew for an independent television series (Wind and Water). In 2015 he exhibited his videos and field recordings in Singapore together with a local artist (Market Place).

His year long-stay in Cairo between 2015 and 2016 enabled him to focus on new field recordings and composing alongside developing existing work. As a result several new solo projects as well as collaborations with local artists and cultural initiatives were created and presented in various venues in Cairo and Alexandria and outside Egypt (Hands on Synesthesia, Electronic Wasla).
He is currently based in Italy and continues his artistic path. 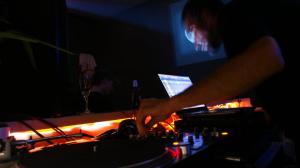